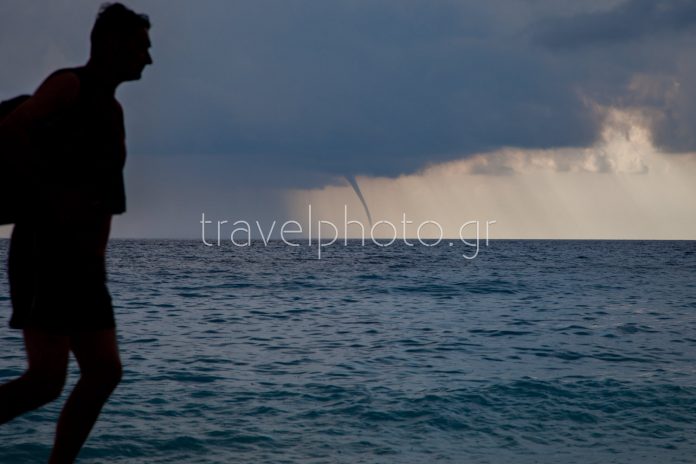 Porto Katsiki beach is one of the most famous beaches in Greece and probably around the world.

It is located on the west coast line of Lefkada island and while we were there durng September 2012 we were lucky enough to witness is as it was visited by a summer thunderstorm that emptied it from the numerous swimmers giving us the chance to enjoy it under the rain and the even brighter sun that came out after the storm.

You may also visit our Lefkada beaches article with some of the most beautiful beaches to swim in this small island in the Ionion sea, west Greece.

Egremni beach in Lefkada before the 2015 earthquake