Η Lake Tsivlou is located in the prefecture of Achaia and is the result of a catastrophic and deadly landslide that occurred in the area in 1913! (As happened in 1963-1964 in her case of Lake Stefaniada in Agrafa.) Η Tsivlou along with the Lake Doxa in Corinth are two of the most beautiful lakes in the Peloponnese.

Η Lake Tsivlou is one of the few mountain lakes of the Peloponnese and is located in the prefecture of Achaia, on the slopes of the mountain of Kalavrita, Helmos.
It is about a natural lake with a life of less than a hundred years after it was added to the geophysical map of the area only in 1913.

See the map, read access information from Athens for Lake Tsivlou or see the possibilities accommodation on Lake Tsivlou ↓ 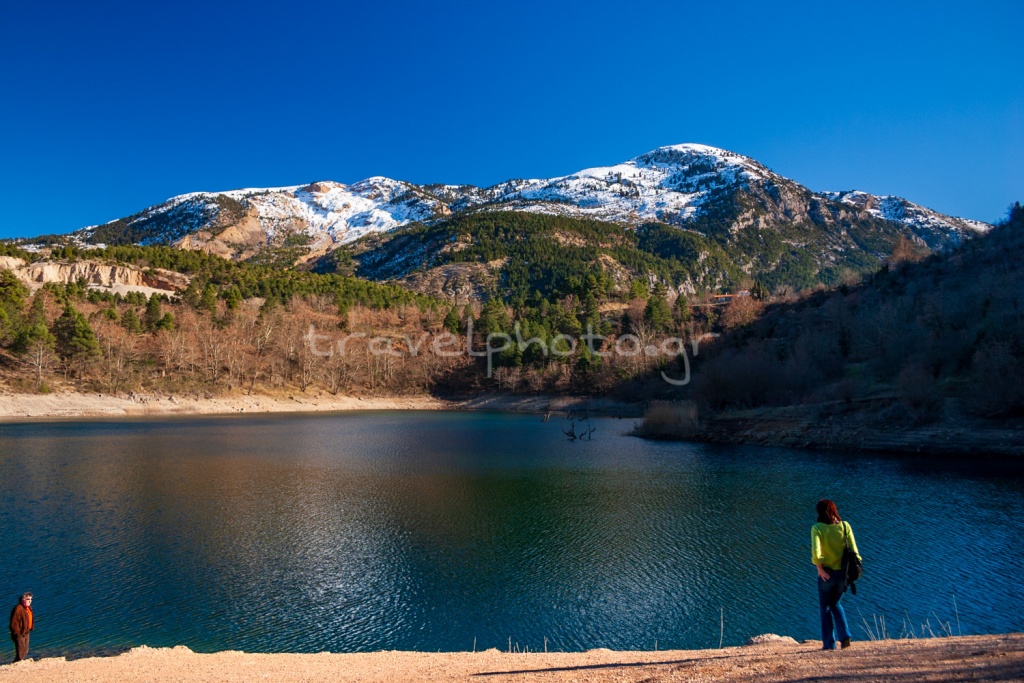 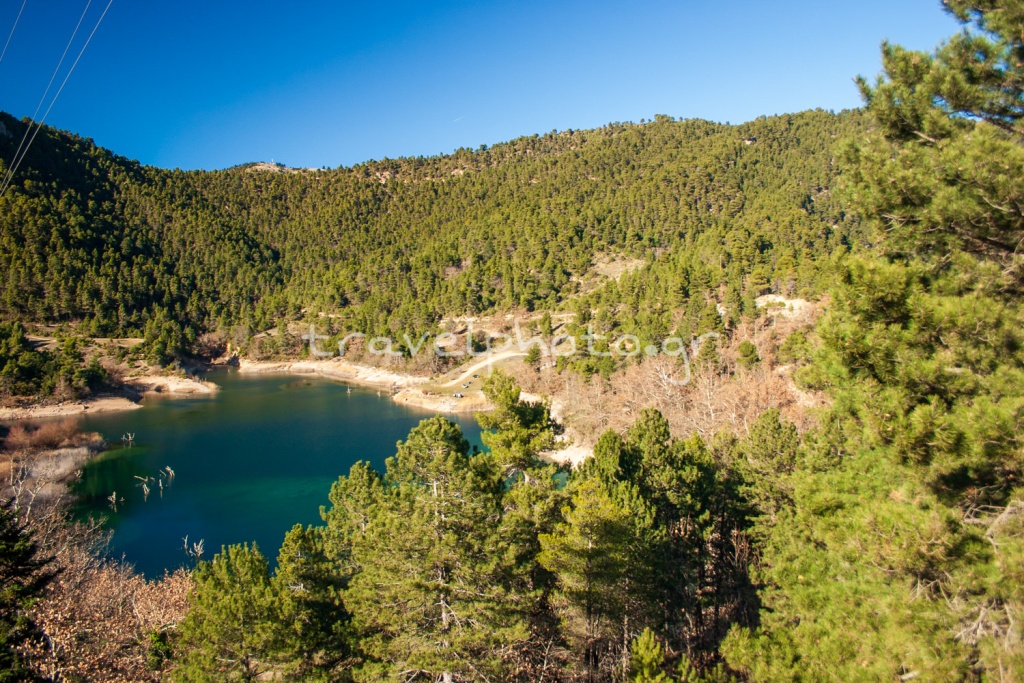 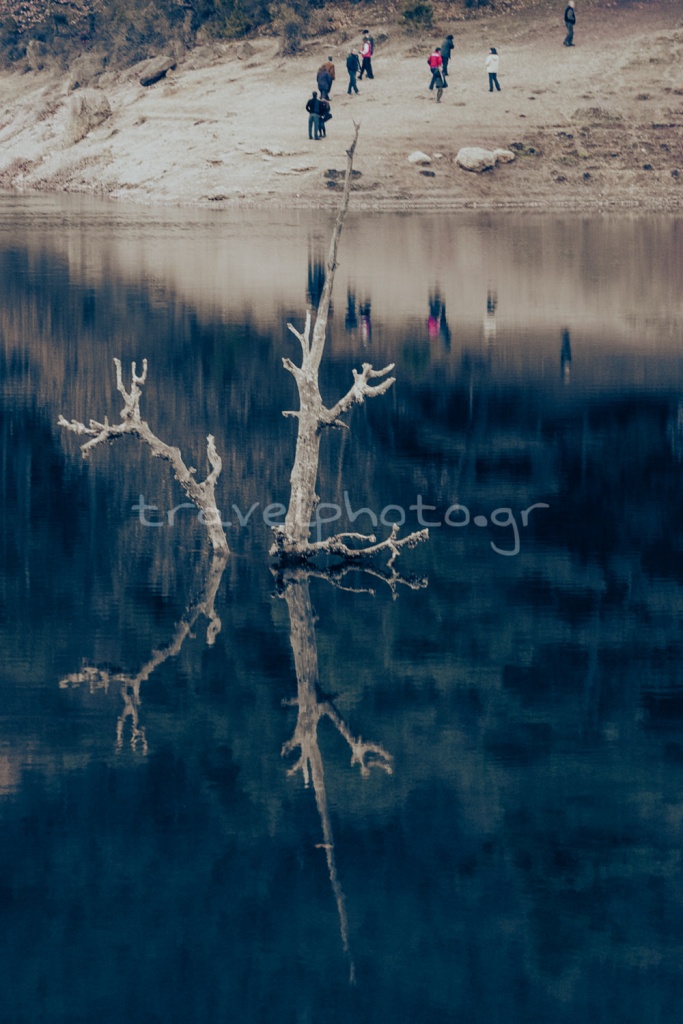 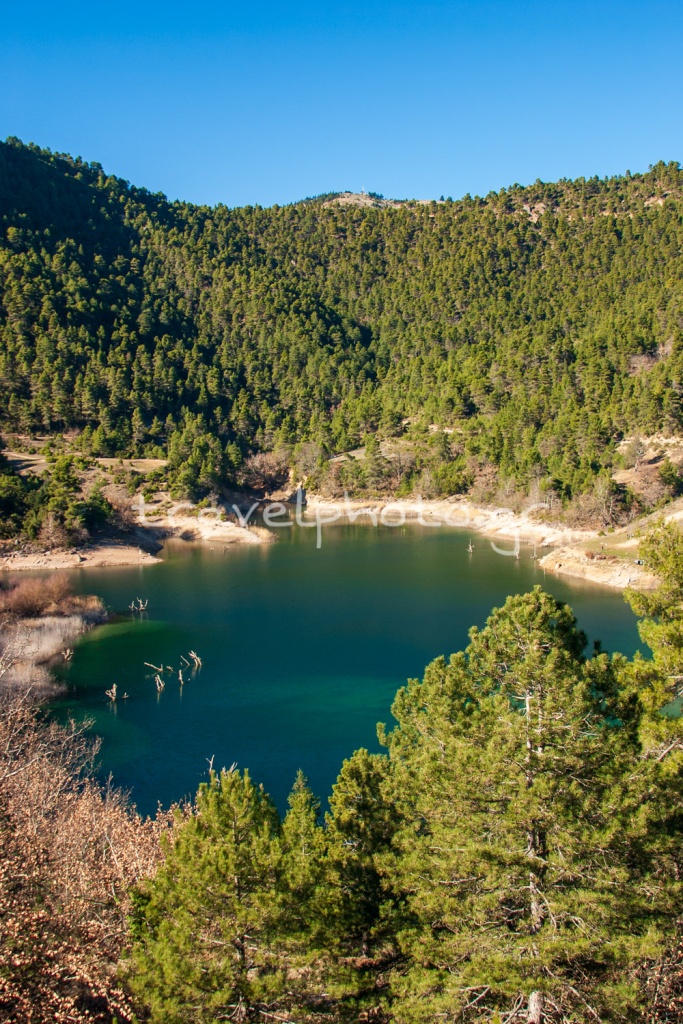 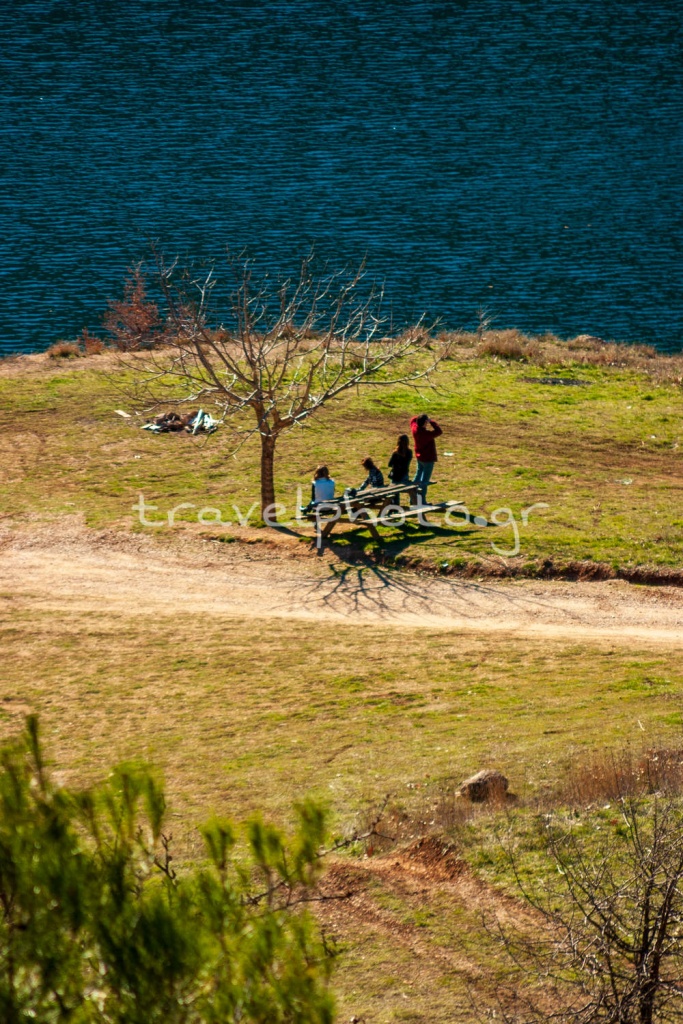 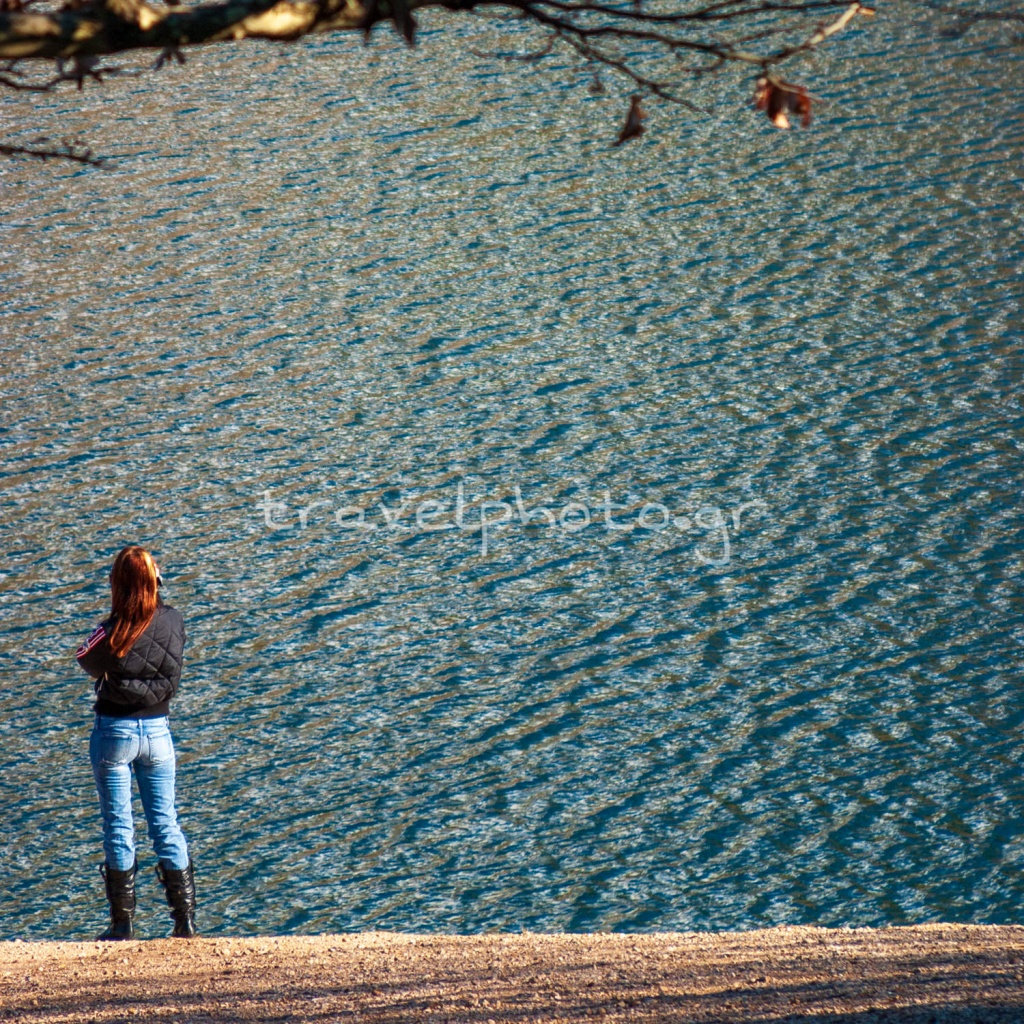 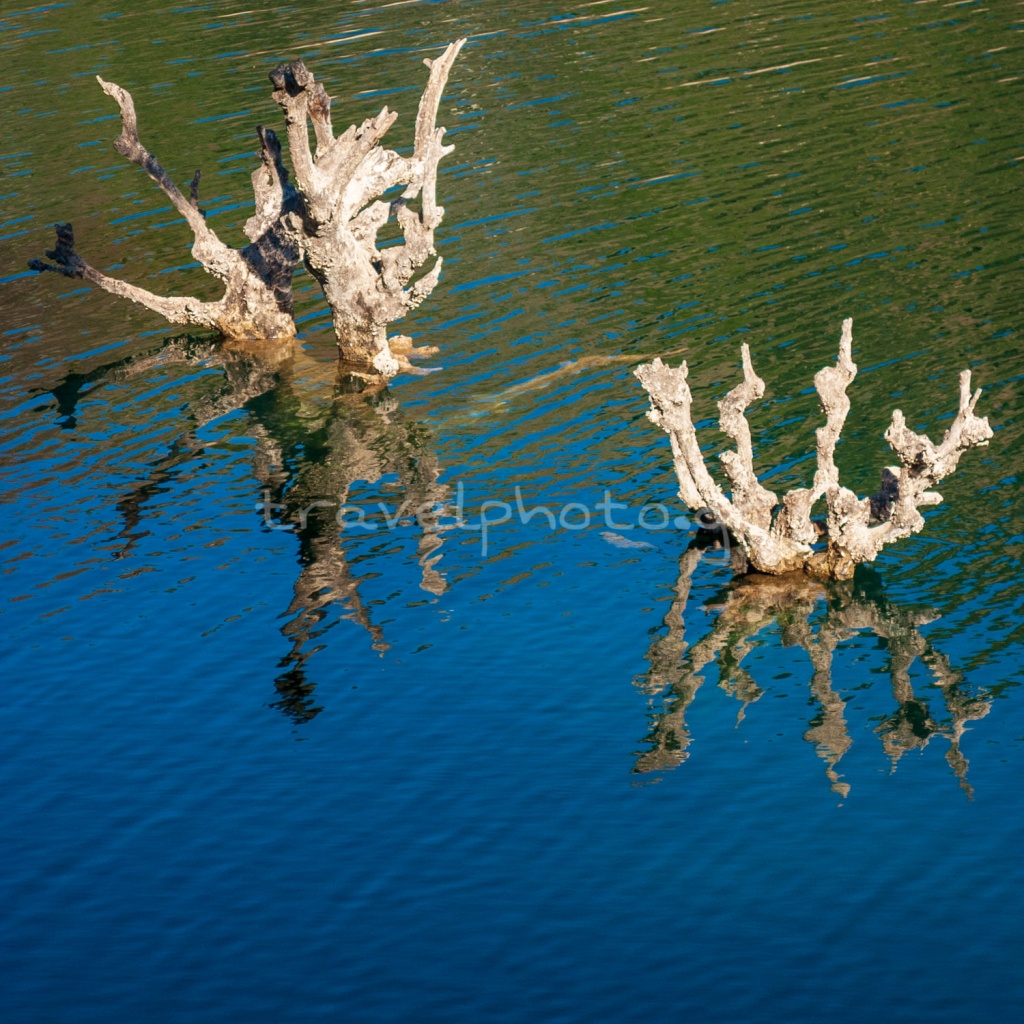 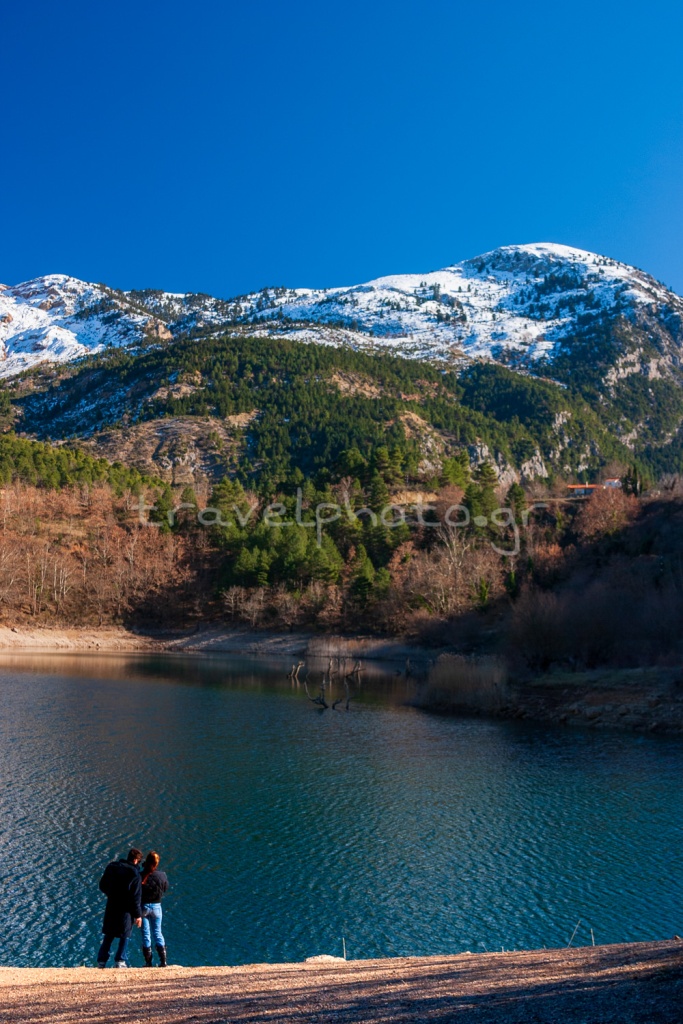 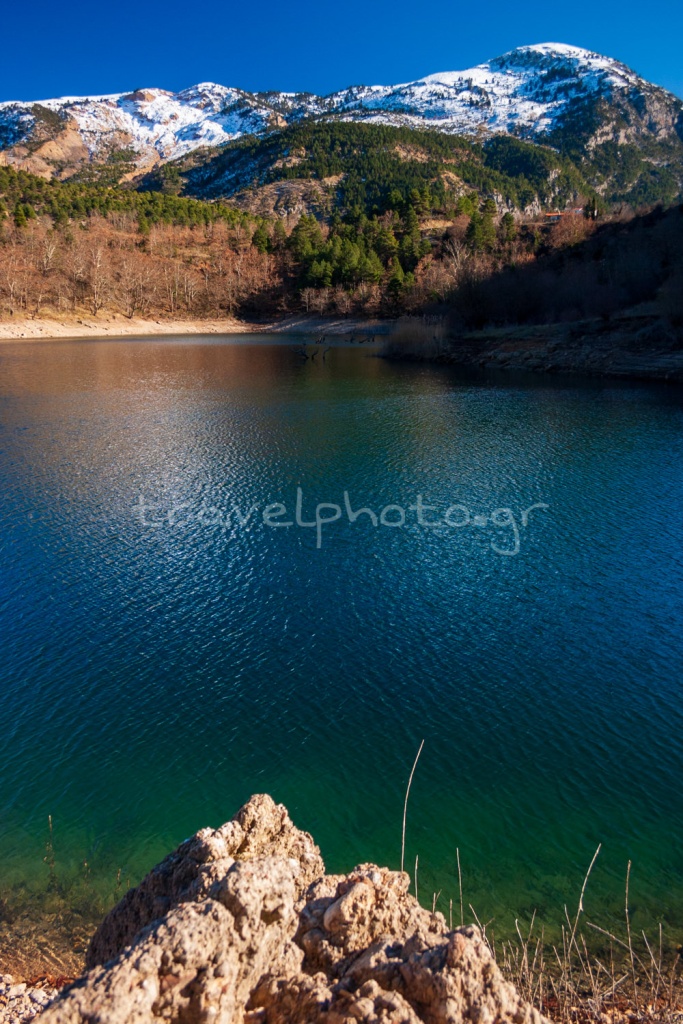 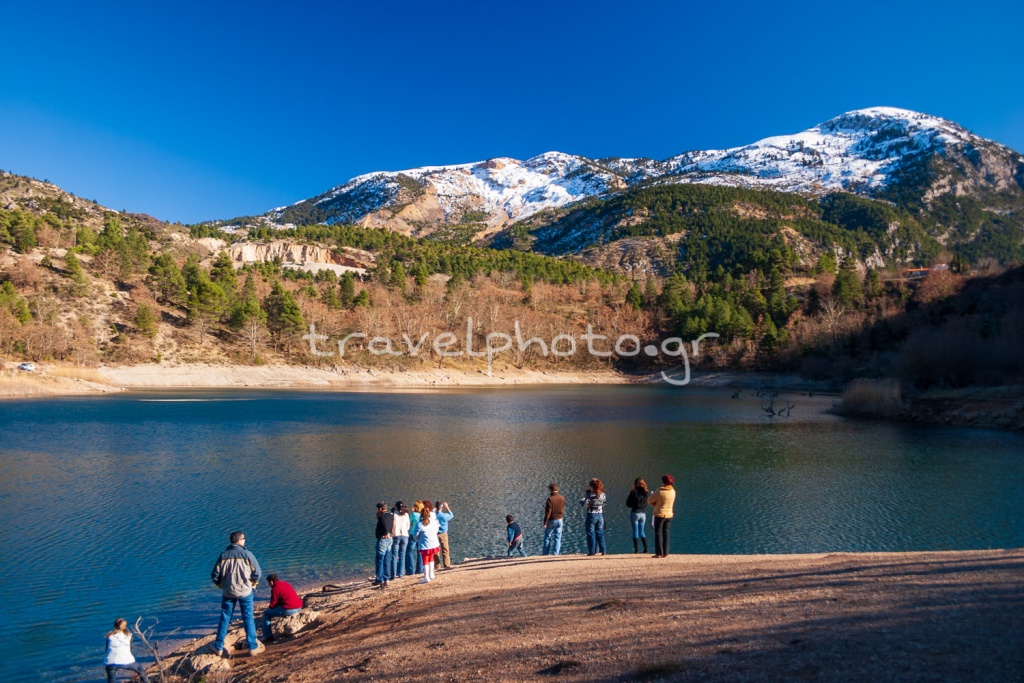 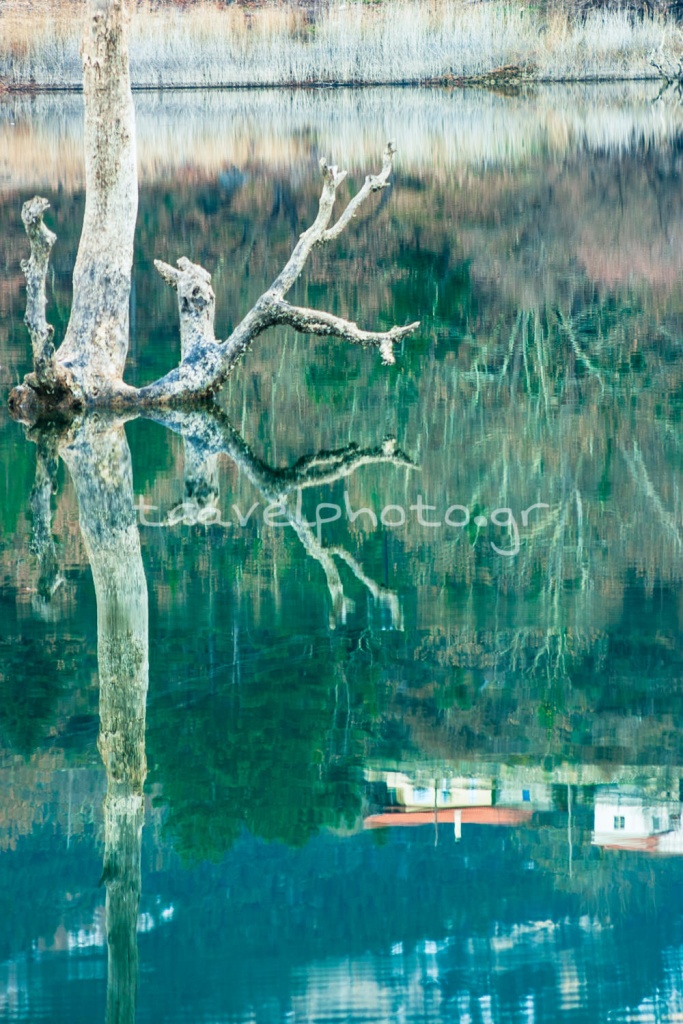 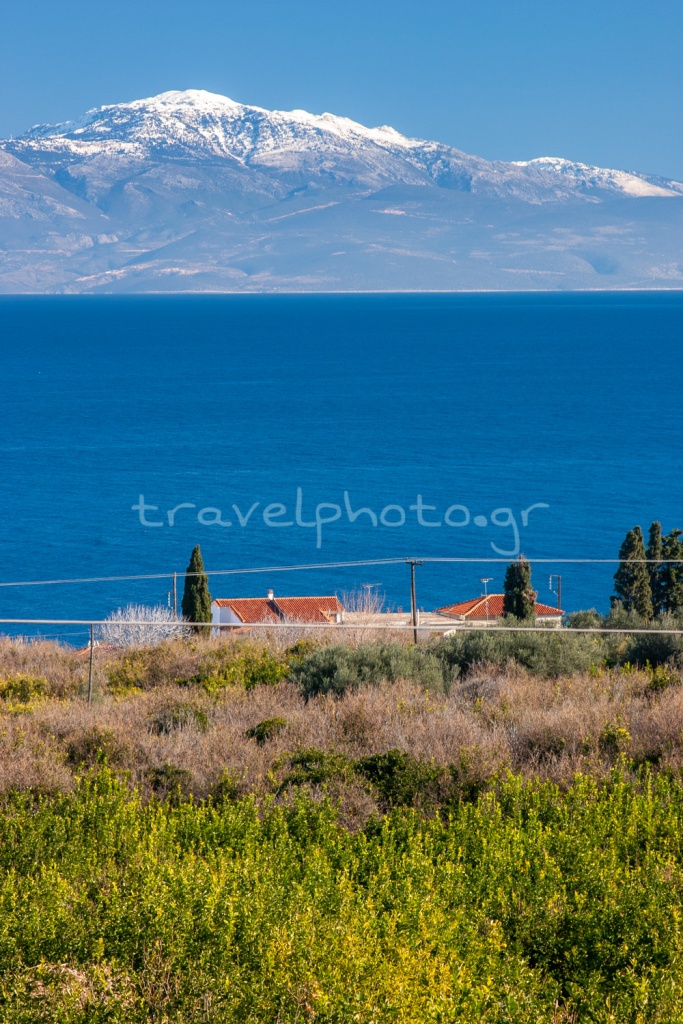 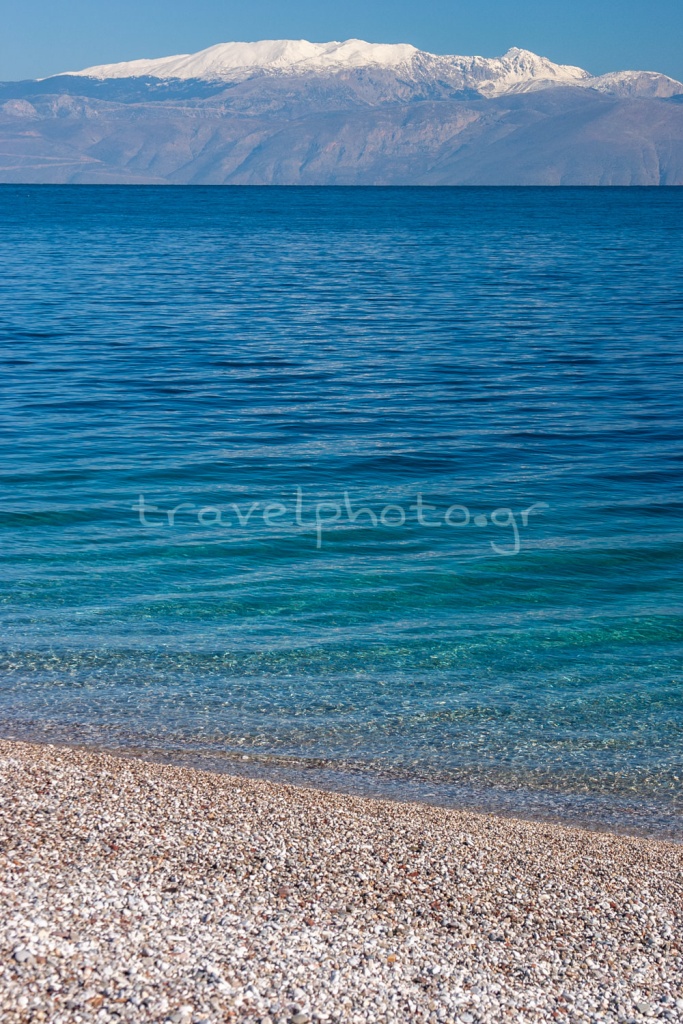 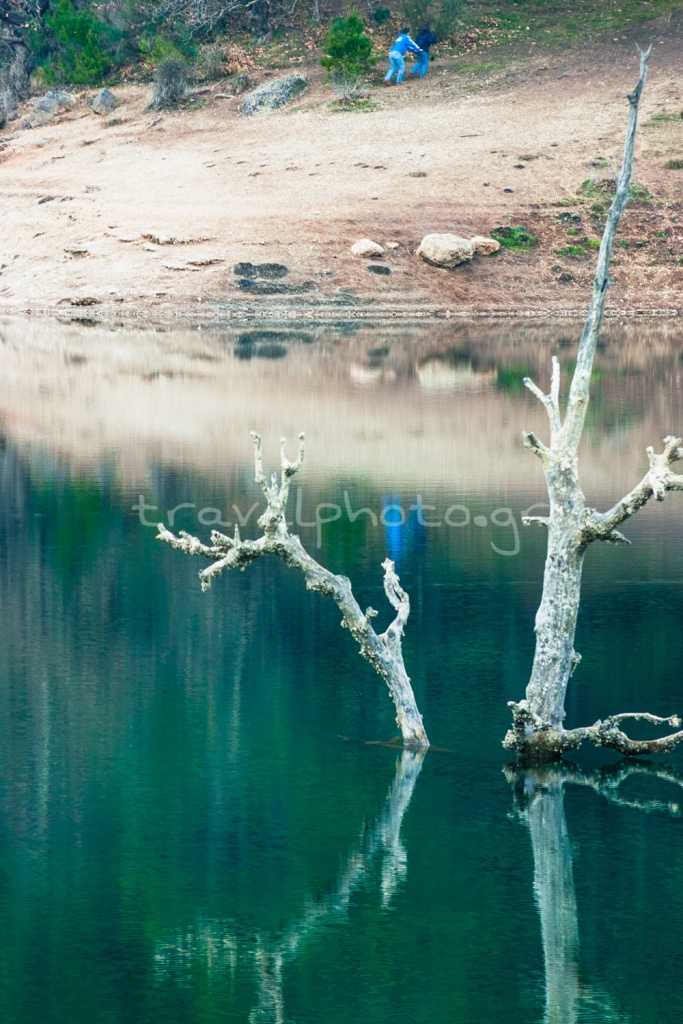 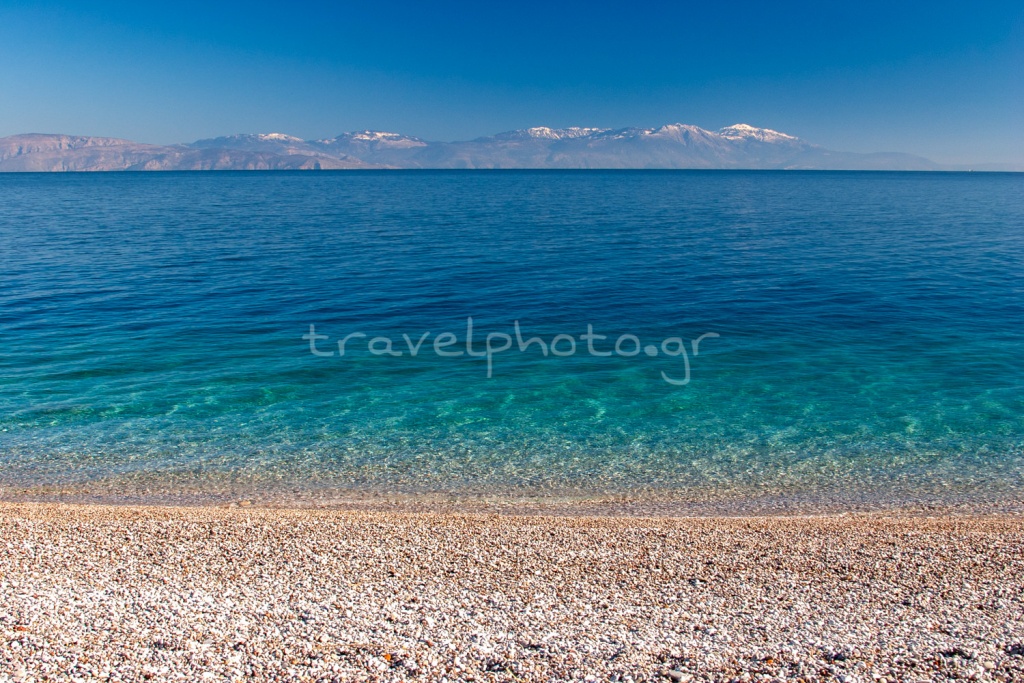 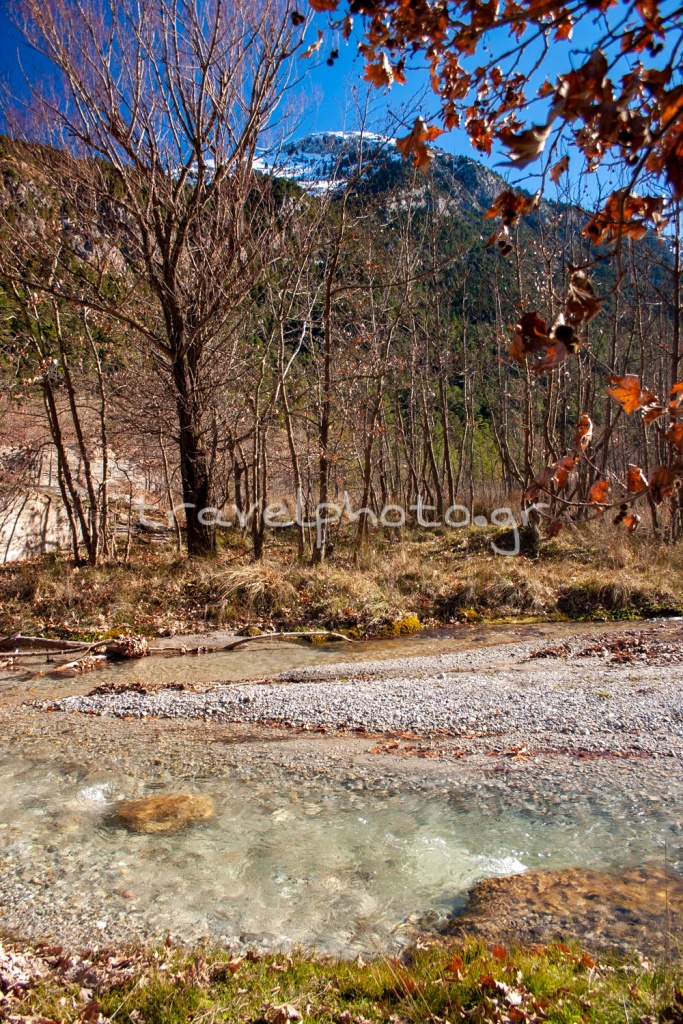 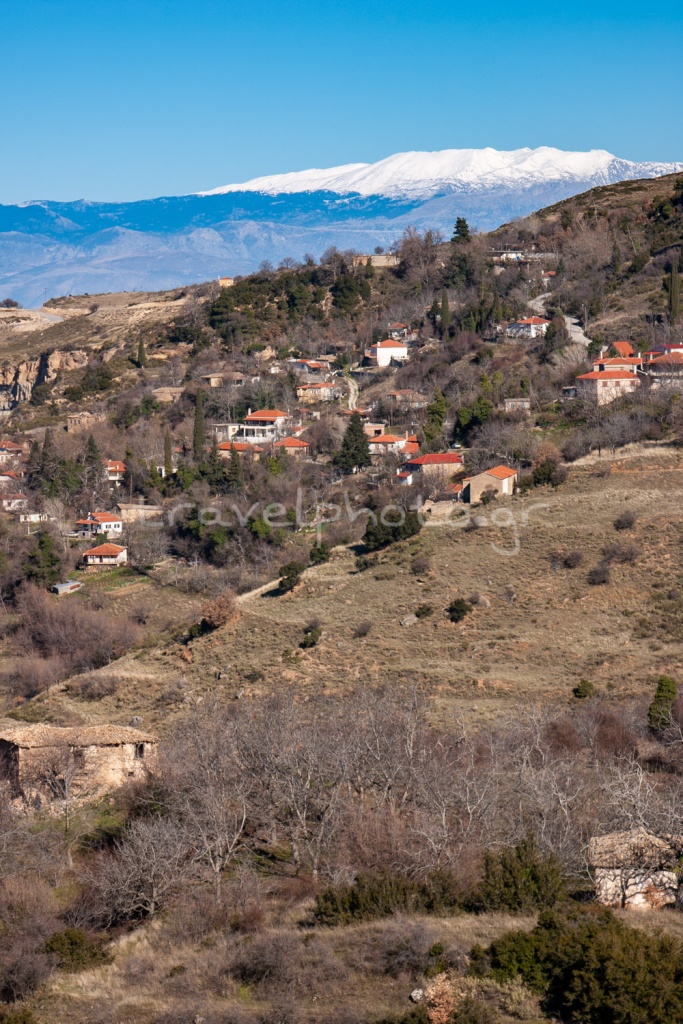 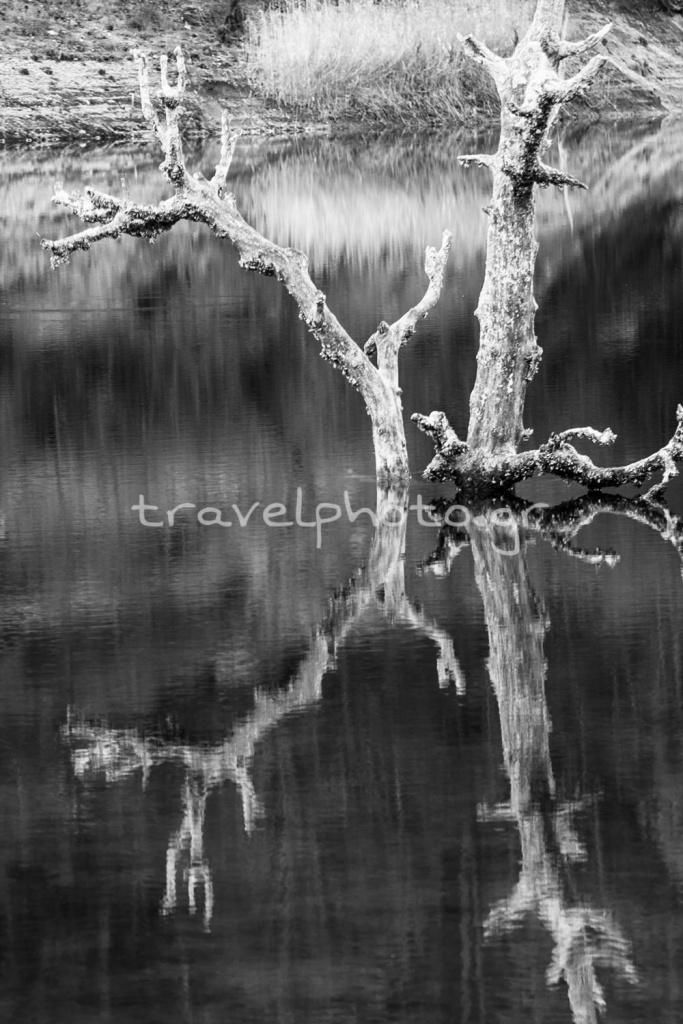 The creation of Lake Tsivlou

This was not done because it was somehow hidden and discovered by chance, but for the simple reason that just then it was created in a very violent way. It is a product of the great landslide which happened in March 1913 and which swept away thousands of tons of soil and rocks which literally wiped out the village Συλιβαινα (they had managed to leave their homes) while they overwhelmed it village of Tsivlos , hence the name of the lake, while at the same time they blocked its riverbed river Krathi, whose waters were trapped in a natural basin in which the Lake.

In the beginning two lakes were formed, the Tsivlou and Lake Krathi but the natural dam of tons of soil could not withstand the pressure of water resulting in the collapse and emptying of the lake within a few hours in early 1914.

We recently discovered in France the lake Lac de Vallon which has a lot in common with the lake Tsivlou as well as it was formed by physics landslide while she is even younger with an age of only 70 years.

Of course the most "fresh" lake we have visited and has been created in a similar way is of Lake Stefaniada in Agrafa, Argithea prefecture of Karditsa which was created only in 1964!

The natural landscape of the lake

Η Lake Tsivlou It is located at an altitude of about 800 meters on the slopes of Helmos in a green landscape of special natural beauty while it is considered quite a deep lake as its initial depth was 80 meters and is formed every year depending on the annual rainfall.

Just before you reach the lake you will see it among the pines and plane trees that flood the area. It will look like a small water dot in mountainous tree-lined slopes which in winter are usually white from the snow, thus giving an alpine feeling and beauty to this rare mountain place.

The shores of Tsivlou They are ideal for walks in nature or even for cycling excursions. But the best sports activity for the most organized is none other than rowing in, even of relatively small dimensions (200 acres) for the specific sport, surface of the lake. And if all these activities or just the thought of them, whet your appetite, all you have to do is visit the tavern by the lake and eat or drink your coffee overlooking the calm waters of Tsivlos and its mountain peaks mountainous Peloponnese!

• The graphic Zarouchla village, About 10 km from the lake with restaurants, hostels and shops of traditional products.

• The Kalavrita ski center, through the village of Peristera. However, before you start, find out about the road condition and weather conditions.

Η road access however on the lake it is very easy. From the national road Athens Patras and specifically at its height Ακράτας follow the sign for Zarouchla which will lead you to its mountains prefecture of Achaia. After about 27 km of mountainous but gentle road you will turn right on Lake Tsivlou. After 3-4 kilometers and after passing over it river Krathi you will be by the shores of the lake, enjoying the reflections of the mountains in its calm and crystal clear waters.

If you want to stay very close to the lake then you probably will not have many and probably no choice (something that is probably good for the lake and the natural environment. Aithra Boutique Hotel within walking distance).

As you will see more hostels are located at a distance from Lake Tsivlou and mainly in the beautiful and historic Kalavrita in which you will find Accommodation for almost all tastes.

Nearby or related destinations, travel again before leaving