Home Greek islands Cyclades
Share
Facebook
Twitter
Pinterest
WhatsApp
1554
0
One of the most important religious and architectural monuments in not only Cyclades but in the whole Aegean area is the famous church of Panagia Paraportiani in Mikonos island.

It’s name is derived by the medieval setting and history. In specific, Panagia Paraportiani church was part of the medieval castle of Mykonos (Mikonos) island and it was located be one of the small doors/entrances to the castle. This door was called ”Paraporti” and its from where it gets its name. Panagia Paraportiani church is a 2 level building, on the ground floor is the location of four different churches on top of which sits the fifth temple dedicated to Holy Mary. 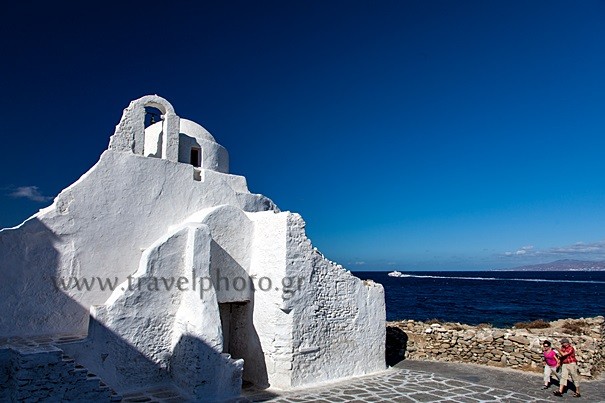 All phone numbers are from the official Mykonos municipality and ministry of sailing websites, added on July 2012

Find the best price for rooms and hotels in Mykonos from booking.com (Mykonos).

Read more
Elati village in Trikala prefecture is a famous winter resort in central Greece located in the verdurous landscape of Koziakas mountain..

Read more
Portaria is perhaps the most famous and visited Pelion village. This is due to the traditional beauty of the village and to the fact that is situated just 12 km from Volos town.

Read more
Makrinitsa village is one of the most traditional and beautiful Pelion villages. It offers amazing view to Pagasitikos gulf and Volos city and for this reason it is named as Pelion balcony.
travelphoto.gr